Sign In
Get Started
01
CASE STUDY
Lime
How Lime, an Affordable Mobility Company, Expanded to Hundreds of Cities and Dozens of Countries in Less than a Year
How Fountain’s Software Unlocks Untapped Economic Opportunities

Founded in San Mateo, California—the heart of Silicon Valley—Lime runs bicycle and scooter sharing networks in cities around the world. In just two years of being in business, the company has established category leadership in smart mobility. They use Internet of Things (IoT) technology to reimagine how communities provide access to public transit along with Fountain’s software to fuel their growing share of the transportation market share.

Since launching and expanding its transportation infrastructure in San Francisco in 2017, Lime recognized a need to create more gig roles. This led to the creation of their largest subset of hourly workers, affectionately called “Juicers”. These are the individuals who use the Lime app to locate electric scooters in need of charging, collect them, and then charge them at the end of the day. Lime’s gig workforce is the backbone of its business—and a growing force for the expansion of Lime worldwide.

Results
100+
Scaled it’s operations to 100+ markets
4
Scaled across four continents
98%
Increased their number of hires by 98%
“From day one, Fountain has understood the challenges we face in this arena and has provided us with a viable solution that did not previously exist. We’re excited to see how they continue to grow and change the on-demand landscape." 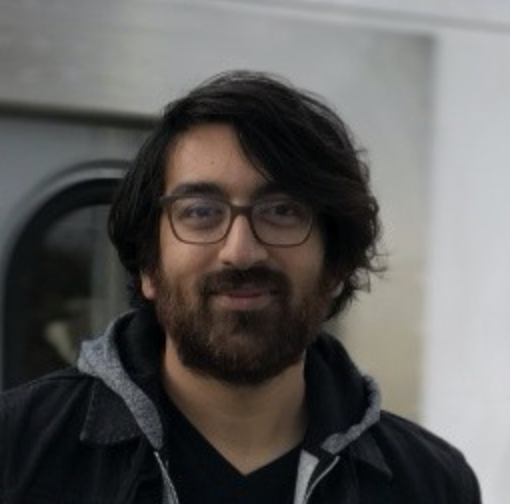 SMS Messages
SMS text reminders are the automated messages sent out to candidates throughout the application process. Users can either create their own personalized messages or choose from message templates built into the Fountain software.

In order to scale their business, Lime needed a technology partner

Lime’s challenge was figuring out how to create a system that allows them to hire tens of thousands of qualified gig workers, around the world, in hundreds of cities, while preserving the integrity and quality of their core business model.

Before Fountain, Lime was doing all their sourcing and recruiting manually, through email and job boards. Their recruiting process was slow because applications were never finished due to the difficult applicant experience. This caused a major hiring bottleneck for Lime.

Lime’s pain points were two-fold. They were not able to:

In March of 2018, Lime transitioned from a manual process to an automated one with Fountain.  Lime was then off and running - hiring Juicers at a high-volume pace with the goal to expand into hundreds of cities around the world. Whereas before, application-completion was a major bottleneck, Fountain now allowed Lime to send out SMS messages that remind and prompt candidates to complete each step of the application process.

The other gamechanger for Lime was having the ability to create hiring funnels quickly for every new market in which they open. Funnels are a customized process to help automate hiring. If Lime’s engineering had to make a new funnel for every new market, their operations would be tedious, slow, and expensive. With Fountain’s clean UI, however, Lime’s users can create or clone their own funnels right away and launch a new market within an hour.

With Fountain, Lime revamped and established a standardized process across all regions.  At any given time, Fountain helps Lime manage a pipeline of tens of thousands of applicants and view the data from all these pipelines with built-in analytics.

By September of 2018, six months after implementing Fountain and transitioning to an automated hiring process, Lime expanded from their initial San Francisco market to over 100+ new markets, globally. They now have the means to hire tens of thousands of Juicers and manage their entire hiring operations with a team of less than ten.

Because Lime can now scale, they are accomplishing their company mission of using mobility as a way to transform transportation for people in metropolitan areas. Launching in Detroit is a great example of this. Lime was able to easily launch using only their app, their scooters, and their operations team. In less than a month, people in Detroit are now able to easily and affordably move throughout their city.

Lime is taking this even one step further and using their sudden growth to spread their mission of lowering carbon emissions. They are doing this by solving the ‘first mile, last mile’ problem. If you look at other ridesharing companies, more than 30% of their trips are less than 2 miles. So what Lime does is provide an alternative through clean, electric energy. The takeaway is that hiring software isn’t just about hiring a workforce - it’s about removing the entire bottleneck of hiring so that companies can get to the heart of their mission goals. These are the ones that look at solving greater problems that are huge pain points for people and communities - and this is the real value of Fountain.

What Lime loves the most about Fountain

Funnels these are created for each market and job opening and consist of a set of stages (i.e. scheduling, background checks, document signing, etc).

Rule stages these are powerful filters that the user can apply to the funnels. They can create rules as needed at anytime from their Fountain dashboard.

Document uploading the ability for applicants to upload and send documents with their mobile device. Users receive and can view these documents from their Fountain dashboard.

Fountain’s built-in Integrations "The integrations Fountain has are awesome! For example, we’re integrated with Zapier and we actually use that integration quite a lot. This helps automate a lot of our text messages that we send. If we ever start doing more things like background checks, we know it would already be integrated and seamless."

Fountain listens to user feedback A lot of the settings and the new features that keep on coming out with each release are all from user feedback which is pretty awesome.

SMS text reminders these are the automated messages sent out to candidates throughout the application process. Lime users can either create their own personalized messages or choose from message templates built into the Fountain software. ‍

Intuitive software While Fountain offers training and support, the software itself is built with the user in mind. Every action should be intuitive and requires no customer support - the user has complete control. “Being able to train other people on our team on how to use the software has been pretty easy which is also a big time-saver and super convenient - it’s an intuitive software,” says Faraaz . “A new team member started and after figuring out the basics, she sounds like she’s an expert already. She built out all these rule stages in her funnels and built out these really smart filtering systems.”

Get the latest from Fountain