Part 1 of 3: Application & Hiring Trends in the Service Sector

This is part one of a three-part series detailing the 2020 application and hiring trends for companies in the service sector, through the first half of 2020. In each section, we’ll be comparing the trends to the January average, which acts as a benchmark.

In part one, we detail industries that experienced relatively low to moderate changes with their application and hiring trends.

As the gravity of the Coronavirus impact began to manifest in early March, with social distancing guidelines being implemented, both applications and hires took their largest dip of the year. Between March 2nd and April 20th, we saw a 74.9% decrease in applications compared to the January average.

In the immediate months following the hiring lows of April, many people seemed eager to migrate from larger cities to suburbs and reconfigure their living situations. While the extent of those claims is debatable, cities such as San Francisco and New York tell a clear story. The two cities combined had more than 80% of people move out, rather than in.

According to Savill’s Tech Cities Index 2019, San Francisco and New York Are listed as the top places to live in the United States for tech. It’s certainly possible that because companies in these tech hubs are more likely and able to support full-time remote work, people are less inclined to actually live in the city.

Another study conducted by the Pew Research Center found that 22% of adults either changed their residence due to the pandemic or know someone who did. While it’s unclear whether this is temporary, young-adults aged 18 to 29 were most likely to move, with 37% saying they moved, someone moved into their home, or that they know someone who moved because of the outbreak.

More so than any other service industry childcare & eldercare remained relatively unaffected by the pandemic in terms of new applicants and hires.

Between late February and early May, applications saw no significant peaks or valleys greater than 25%. The lowest dip came on May 4th, decreasing to 34.1% below the January application average before rising again to 65.6% above the average just two weeks later.

This influx of applicants tells us more about the lack of opportunities in those dog walking, rideshare, and other similar on-demand sectors, rather than an increase in opportunities for childcare and eldercare. The hiring trends are much more reflective of the childcare sector’s success.

Besides two noticeable dips at the beginning of the stay-at-home orders, at 30.4% and 53.3% below the January average, we haven’t seen any significant fluctuations in the hiring for childcare & eldercare.

The initial dip is understandable. If anything, we should have expected a greater decline in hires made. Stay-at-home orders were issued in 42 states between March 1st and March 31st. This was perhaps the strictest time in the United States this year for the reduction of non-essential business.

While childcare and eldercare are certainly deemed essential, during March and April many parents took over the daily childcare responsibilities. The United States Census Bureau found that around one in five (19.6%) of working-age adults said that the reason they were not working was that COVID-19 disrupted their childcare arrangements.

Many working-age adults with children are still managing daily childcare responsibilities. The Center for Disease control’s conclusion that the coronavirus poses “relatively low risks to school-aged children,” did, however, allow many childcare providers to increase their capacity for employment, which is variable in the climb we see between May and July.

Since the CDC asserted that there is an increased risk with age among COVID-19 patents, eldercare has been put into the spotlight. Long-term home care facilities have taken extra precautions in reducing patient exposure to the virus. The effort put into these precautions takes a fully functioning workforce, indicating that the eldercare industry has been moderately affected by a hiring and workforce perspective.

There were also some sectors that did not fare so well from the pandemic. In part two of this three-part series, we’ll examine those that suffered notable losses amid the coronavirus.

The Modern Hiring Guide for Logistics 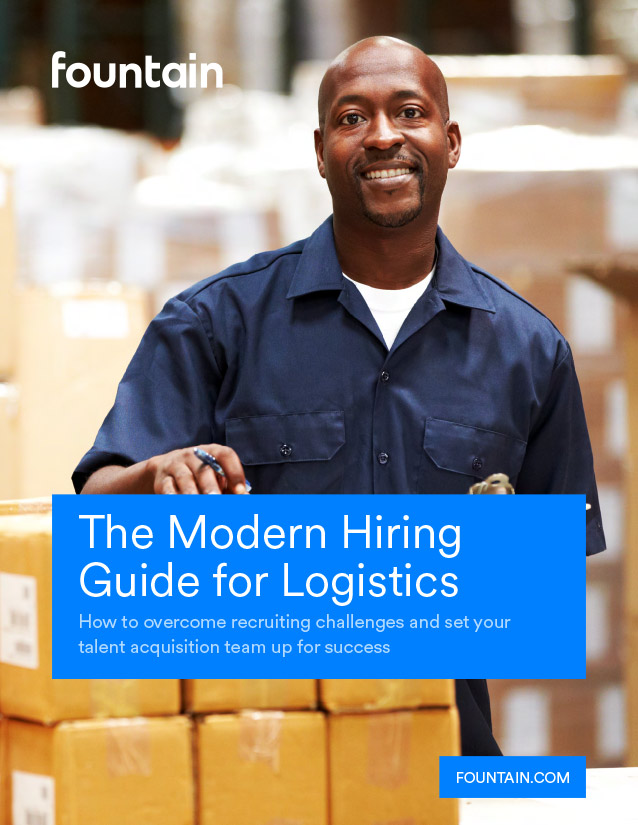