Posted on
August 30, 2021
by
Allie Moore
Bonus Content:
BONUS
Is AI Helping or Hurting Your Hiring?

Spending hours scouring job boards and scanning resumes for the right candidate is an exhausting and seemingly never-ending process. It would be a recruiter’s dream come true to wake up and find the perfect candidate waiting in their inbox, but this is far from the reality. But one shortcut around the resume-wading process is through referrals.

Enlisting the connections of current workers can save recruiters time, money, and headaches, so much so that HR departments across all industries offer bonus payments for workers who bring in successful hires. Although this may seem like a slam-dunk way to find qualified and pre-vetted candidates, there can be pros and cons to referral programs.

Below we explore how referrals for hourly positions can both benefit and complicate the hiring process.

While a referral bonus may seem like a large amount to dole out, it’s chump change compared with the expenses of creating a job posting, posting to dozens of job boards, and spending valuable time weeding through candidates. After all, time is money!

In most cases, referrals can skip some of the early stages of the candidate funnel and move right into interviews and background checks, potentially saving weeks for recruiters.

Setting up a referral program is one thing, but getting your teams to actively participate is another beast you’ll have to conquer in order for the program to be successful.

Remind workers about your referral benefit by splashing the incentive across newsletters, in break rooms, on staff calendars, and anywhere else team members frequent. Start staff meetings by explaining the program and publicly recognizing workers who have been awarded the bonus after recommending recent hires.

Referrals can also have a positive effect on existing staff: Workers who already know/have relationships with new hires are 63% more engaged compared with those who don’t (29%).

People tend to refer candidates from their immediate networks who most likely share characteristics such as age, race, gender, nationality, socioeconomic status, and education, among others. This can contradict companies’ goals of building a more diverse and more inclusive workforce.

Additionally, recruiters may fall into a trap of showing preference for referral candidates over other applicants simply because of their connection to an existing worker. Be sure to give all applicants a fair shot at the position and remain open to applicants of all backgrounds.

Asking workers to help you find new hires can expand your network and serve a marketing function, as well. If current workers post vacancies on their social media channels, your company’s name and job openings likely will be seen by far more people than through job postings alone. This can attract new audiences who may not hear about you otherwise.

As the referrals come in, hold onto applicant information—if you can’t offer a position now, you might have an opening later down the road.

If your company isn’t in a position to offer monetary bonuses, there are other ways to reward workers who refer successfully. For example, offer additional paid time off, gift cards to popular retailers or restaurants, or swag, like t-shirts or branded water bottles.

Involving workers in the hiring process shows you not only value them as workers, but you also value their opinion and ideas on who should join the team. This has been shown to increase employee engagement and help workers feel like they’re part of big-picture decisions, which can translate into increased enthusiasm and productivity.

If you’re considering instituting referral bonuses, an easy way to gauge your staff’s preferences is to issue a survey asking how they’d like to be rewarded for bringing in new talent. This can help you find the right way to recognize and thank your team for their help in building an even better workplace.

The State of High Volume Hiring 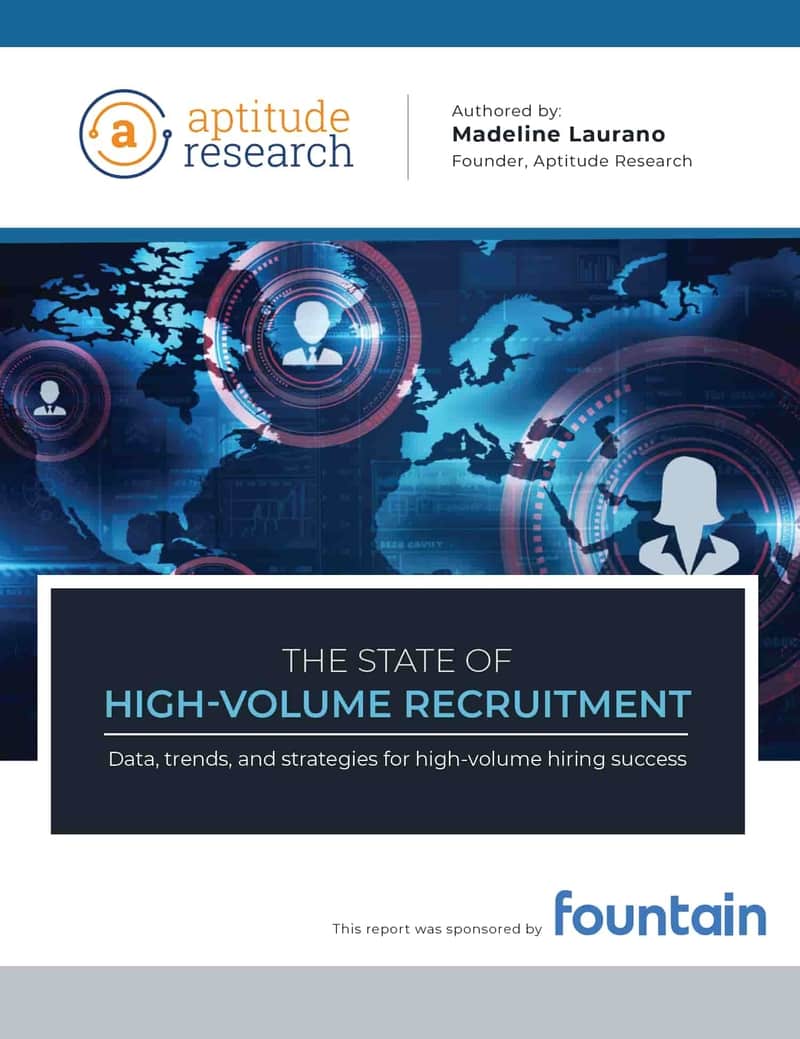 Check out our five unique recruitment strategies to attract Gen Z workers to your company.

Sourcing & Screening
Beyond the Resume: How to Spot Transferable Skills Superstars

In this blog post, you will learn how to spot valuable transferable skills among a sea of resumes.