Reskilling and Upskilling in a New Era of Manufacturing

The global pandemic has ushered in changes in almost every way imaginable, even changes we weren’t necessarily ready for. One of these has been the acceleration of the once-imminent Fourth Industrial Revolution, an era that felt far off but one into which the world has been thrust much earlier than expected.

A major component of Industry 4.0 is the automation of manual tasks and the transition of these tasks from humans to bots and machines. But the onset of this technology doesn’t mean absolute human replacement—instead, it calls for new human skills.

To meet the demands of this digital transformation along supply chains, manufacturers might instinctively start by beefing up recruiting efforts, but for the sake of time and money, it’s worth taking a closer look at the benefits of upskilling and reskilling existing workers.

Upskilling refers to increasing a worker’s skillset to help them improve in their current roles, while reskilling involves teaching workers skills to transition to new roles.

According to the World Economic Forum, 54% of all employees will need to be upskilled by 2025 to prepare for the increase in automation and artificial intelligence (AI). Workers will abandon technical tasks to develop skills robots cannot perform, such as critical thinking, problem solving, and creativity.

Can You Teach an Old Worker New Skills?

When the need arises for an employee who can fulfill a certain skill set, companies typically look to bring in outside hires with specific backgrounds. But due to the acceleration of AI and automation, they’re realizing the substantial cost savings that can come from leveraging workers who are already on their payroll.

Research from the Wharton School of Business has revealed that external hires can cost 18% to 20% more than reskilling from within, and new hires can take approximately 2 years to get up to speed on the job.

However, existing workers already are familiar with basic processes and systems, and post-training productivity gains tend to outweigh time lost to reskilling and upskilling, especially when training is efficient.

Some global brands (listed below) started investing in reskilling and upskilling their workers even before the pandemic began.

How to Start ‘Skilling’

Instead, sessions should be interactive and include periodic assessments to test how students are grasping new skills.

Manufacturing’s rapid propulsion into Industry 4.0 spurred by the COVID-19 pandemic has launched the industry into uncharted territory. To navigate these new waters, reskilling and upskilling existing workers will be crucial and, if done right, will save companies time and money while continuing to meet the evolving demands of consumers.

To dive deeper into this topic download our guide Filling the Skills Gap in a New Era of Manufacturing. 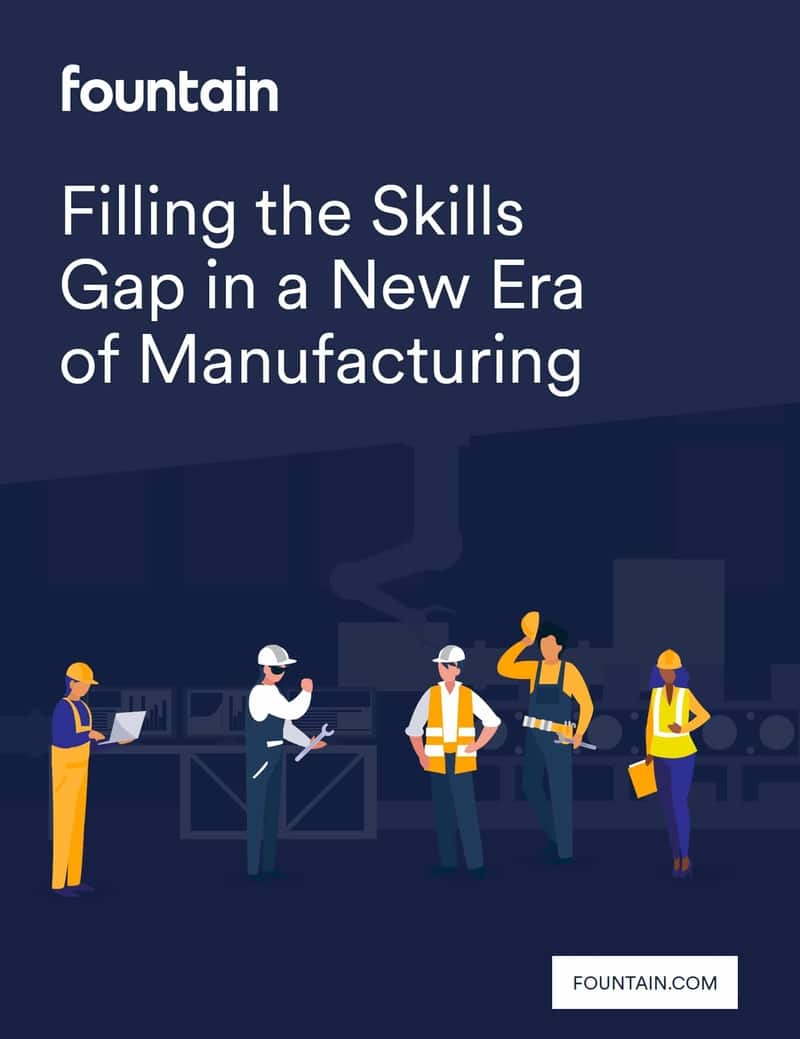 Check out our High Volume Talent Acquisition Glossary, so you can stay up to date with the latest industry terms!

Learn why stay interviews can serve as preventative measures to improve retention rates and keep workers on staff.