Why Dollar Stores Are Conquering Retail

Many retail stores have significant closures, attributed to the ‘retail apocalypse’. In 2019, we saw a record of 8,200+ retail stores close, far surpassing previous numbers. However, Dollar stores were the top 3 retailers in terms of new store openings in 2019.

Understanding the rise of the “dollar” store in the United States will help us understand why they’ve been able to thrive in the current climate. The concept of these stores is simple: virtually every item in the store can be purchased for just a dollar.

There are three primary players in the industry: Dollar General, Dollar Tree, and Family Dollar. As of 2018, these three companies accounted for over 96% of total dollar stores in the United States.

Why they’ve been successful

The entire dollar store sector have been squeezing their competition. Grocery stores and drug stores continue to scramble as they’re unable to match the discounted prices.

Dollar and discount stores have found tremendous success in targeting rural areas between cities. When looking at Dollar General’s shopping demographic, you see that around 57% of their clientele live in households with income of less than $49,900, according to research firm Kantar, and 30% get by on less than $25,000. With this strategic positioning, they are also the largest retailers (in terms of the number of locations) in the United States.

Each location is around 7,500 square feet and only requires between two to three employees for any given shift. The combination of low real estate and labor costs allows dollar stores to keep prices lower, while still turning a sizable profit.

In total, dollar stores on average have anywhere from 10,000-12,000 products, whereas a supercenter, such as Walmart, can have around 60,000 products. Their growth has allowed them access to the most popular national brands, giving them leverage when dealing with suppliers.

Covid-19 and what’s next

This pandemic has caused an “unprecedented spike in demand” for food and essential supplies. This has led to massive sales growth for all of the major dollar chains.

A reason for this massive growth is their proximity to the U.S. population. People now more than ever are trying to stay close to home, limiting any non-essential shopping. With over 75% of the population within 5-miles to the nearest Dollar General, families are much more likely to choose to shop at that location. Dollar General’s CEO Todd Vasos also emphasized at a Q1 earnings report that their, “convenient small-box format [provides] for quick in and out access and limited crowds, both of which are conducive to social distancing.”

This isn’t the first time dollar stores have thrived during economic downturns. During the recession caused by the housing market crash, dollar stores their net profits increase. The three main dollar stores - Dollar General, Dollar Tree, and Family General will continue to pick at the market shares from the other retailers as we move past Covid-19. Regardless of the economic climate, it seems dollar stores are positioned to thrive.

Why Dollar Stores Are Conquering Retail 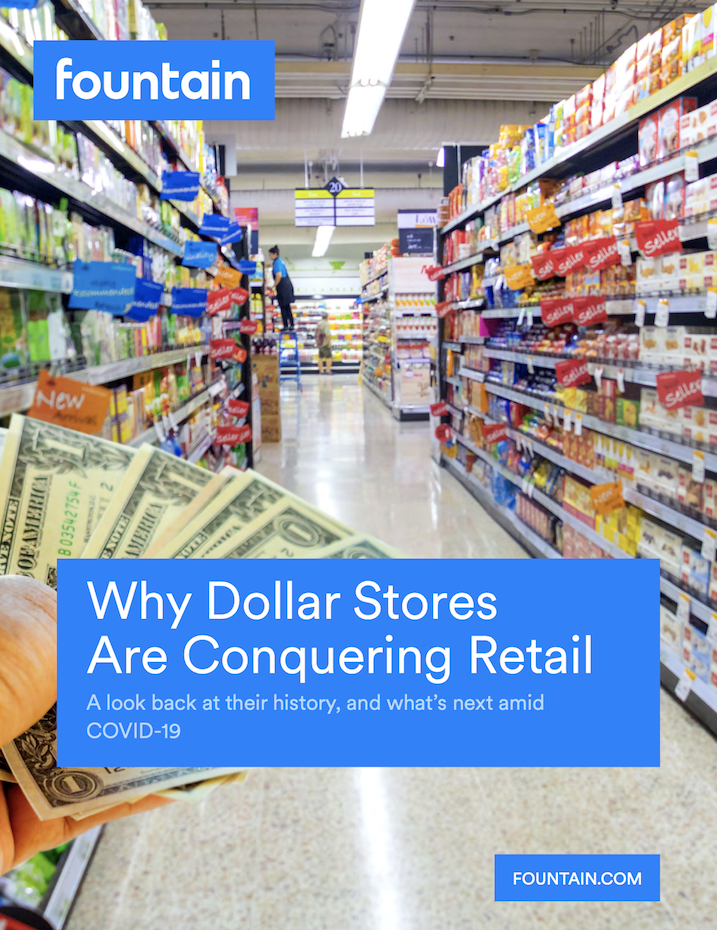 Read up on three powerful strategies you can use to improve your warehouse worker hiring strategy inspired by our customer, Stitch Fix.

Learn how one Fountain customer that hires delivery drivers has been able to maintain agility amid market fluctuations.

Check out our list of 25 HR words (and acronyms), so you can stay up to date with the latest industry terms!